It wasn’t so long ago that few airlines operated flights to Malta, but with the rest of Europe seeing the budget airlines flying passengers elsewhere it was only a matter of time before they started offering cheap Malta flights.

Today, both Ryanair and easyJet offer cheap flights to Malta, along with tour operators such as Thomas Cook and Thomson Holidays who have their own fleets of aircraft.

You can compare the cost of Malta flights with price comparison site expedia to get the best price:

The Flight Times For Malta Are:

These times of Malta flights are accurate, but can vary depending upon whether airlines decide to reduce or increase the cruising speed of their flights to Malta.

Malta International Airport began its activity in 1993. Now i tis well developed airport with all the service and comfort you need. In 2010 it was awarded with prize for best European airoport. It is located near Luqa, just about 10km from the capital – Valletta. If you wander what time will you arrive there, you should count with timeshift – Malta Internation Airport local time is CET. For further information please follow their official website maltairport.com.

Will 2011 be another year that sees cheap flights to Malta continue?

Cheap Malta flight deals have been around for a couple of years now, really since Ryanair opened her London and Dublin routes to Malta’s Luqa Airport, and Air Malta had to respond with cheap Malta flights of her own.

While oil prices, and subsequently aviation fuel, soared in price in the middle of 2008, it had halved again to sometimes less than US $70 a barrel in November last year, with economists suggesting that oil prices would stay low in 2013. 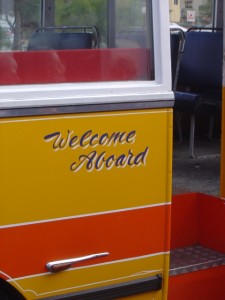 So will cheap Malta flights still be around for 2011?

Other airlines might respond by cutting their prices, while others might well start services from other regional UK airports.

Taxes are one thing that wonâ€™t go down, but there is a good amount of competition between the airlines. When checking prices between them remember to see if they charge extra for luggage and other extras which can sometimes make what looks a good deal no better than what other airlines are offering.

Overall though, the island is well served with flights to Malta.